Neman Grodno is in crisis and finished just above the relegation places in Belarus, on the 14th, with only eight points after eight stages.
Neman has two consecutive defeats, 1-3 with BATE Borisov, away, and 2-4 with Ruh Brest, at home.
The Grodno group has only one victory in the last six rounds, 3-0 with Energetik Minsk, at home, and lost three times in the last four rounds of the first league in Belarus.
Neman has seven points out of eight this season in home games: he has two wins, one draw and one defeat in his own home matches.

Torpedo Zhodino is having an excellent season in Belarus and settled for 2nd place in the standings after the eighth round, in which he defeated Gorodeja 3-1, at home.
It is the only team in Belarus with only one defeat suffered this season, 0-2 with Dinamo Minsk.
Torpedo BelAZ is undefeated for six stages: it has three victories, with Energetik Minsk, FC Minsk and Gorodeja, and three draws, all 0-0, against BATE Borisov, Ruh Brest and Slavia Mozyr, during this time.
The team from Zhodino did not lose in the last three away matches, in which they drew with BATE and Slavia Mozyr and scored in the feud of FC Minsk, 5-2.

Football Prediction of the Day Neman Grodno vs Torpedo Zhodino

His last 3 matches have been over 2.5 goals.
And the last two home games were 3+.
Neman has only three scorers this season.
Armenian Kadimyan is the top scorer of the championship, with 6 successes, tied with Yaxshiboev (Energetik Minsk).
Neman finished 10th last season in Belarus. 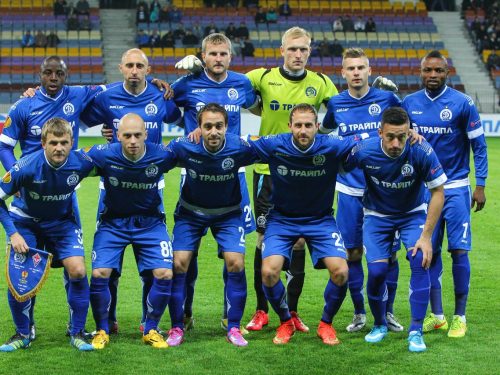